Midsomer Murders and Me 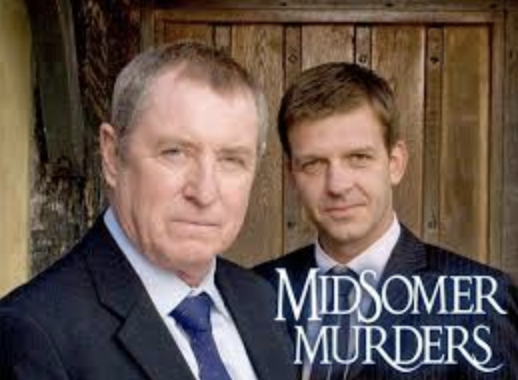 Knowledge Network, Midsomer Murders and Me ! 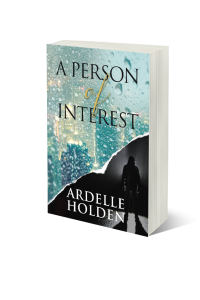 June 20th, 2018 was a magical night—but let me start at the beginning.  In 1988, no, that’s too far back.  While I was in Mexico this past winter, I received an email from Knowledge Network inviting me to the screening of the first episode of the twentieth anniversary of Midsomer Murders.  It was by invitation only and would take place at the Port

Theatre in Nanaimo.  Well, of course, I immediately went online and registered for myself and one other—who wouldn’t?

There it was, in red, on my calendar so that when I got back to Canada, I wouldn’t forget. If I missed it, I’d kick myself—not sure how—but I’d try not to dislocate a titanium hip in the process.

Back in Nanaimo, I’m frantically working towards publishing A Person of Interest when I get a phone call from Donna Robinson, Development Officer at Knowledge Network. Since I have been a member of Knowledge the longest in this area—30 years—would I like to make the door prize draw at the screening of Midsomer Murders.

Well, duh! When I told her, coincidentally, I was about to publish my debut novel—a romantic mystery—she immediately went to www.ardelleholden.com to see for herself. She was excited and arranged to meet me at reception. I told her she’d know me by the hat.  You know the one.

As we filed into the lobby, a producer—Michelle, greeted us, clipboard in hand, looking very official.  We smiled back and forth as the line progressed past her. She asked me if I had seen the testimonials on Knowledge.  I assured her I had many times over the years.  Apparently, they would be filming in Nanaimo in June and would I be willing to do a testimonial myself. I told her that would be problematic because of this book tour, but never fear, they could arrange something in August on my return and a crew would come over to film it. Now… I’m not even in the theatre yet!

I met up with Donna and she showed us where our reserved seats were right there—in the front row—Ardelle Holden and Guest of Ardelle Holden. She indicated the ramp where we would walk up to the podium on the stage when Rudy called us up.  I say ‘us’ because they also had the most recent member. Only two weeks ago she got an invitation meant for someone with the same last name. She thought this was fortuitous and became a member of Knowledge Network on the spot.

Rudy Buttignol, the president and CEO of Knowledge Network, introduced the premiere episode of the 20th anniversary of Midsomer Murders and Neil Dudgeon—DSI John Barnaby—warned us Midsomer was an extremely dangerous place to live. No spoiler alert necessary here, but I will tell you not to miss it.

At intermission, after an exciting first half which deserved and got enthusiastic applause, we all traipsed out to the lobby. I had my picture taken with DCI John Barnaby, Phryne Fisher of  Miss Fisher’s Murder Mysteries and DCS Foyle of Foyle’s War. They were a little flat and a little stiff, but they posed politely just the same.  This producer had already been to my website, thanks to Donna, and wished me every success with the launch of A Person of Interest.

I was on cloud nine already and I hadn’t even done the draw yet!  When Rudy introduced me at the podium, he announced the launch of my book and asked me when he could expect to see the movie version. I told him and the packed house that I was on top of it—I had already downloaded the screenplay template.

Does it get any better than that?!  Well, here we are on the first day of our trip east, pulled over in the breezy sunshine of Merritt BC and my driver is having a well-deserved snooze back in the camper while I sit in the truck and squint at these words across my dimly lit reflection. Life is good.

Visit www.knowledgenetwork.ca You’ll be glad you did. They’re streaming now too! 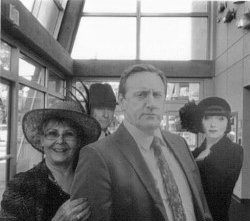